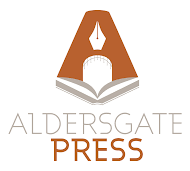 Aldersgate Press is the publications arm of the Wesleyan Holiness Connection. The central goal is the publication of books that will nurture Christian leaders around practical themes of biblical holiness and to encourage a new generation of writers in focusing on the growing interest in transformed Christian living through appropriating the holiness of God in lives, cultures, and structures. Leaders positions and persons of the Press in the accomplishment of this purpose are:

The Publisher is the principal executive of the Press recommended by the WHC Chair to the Board which confirms the person. He represents the Press to the public, recruits authors and manuscripts, channels them to the Editor, and issues author contracts after manuscripts are approved by the Publications Team. As of 2018: David Sang-Ehil Han.

The Publications Team is named by the Board of Directors of the Consortium. It is chaired by the Editor, oversees the operational policies of the Press, and makes the final publishing determination of each manuscript proposed to it by the Editor. As of 2016: Barry Callen, Bernie Van De Walle, Don Thorsen, Marlene Chase, and Brett Burner.

The Editor is named by the Board of Directors. He receives manuscript proposals and evaluates them in relation to the mission of the Press. If the initial evaluation is positive, he works with the author through the editorial review process outlined on Aldersgate’s web site. It includes the use of External Examiners. The Editor chairs meetings of the Publications Team. Once a manuscript is approved by the Publications Team, the Editor forwards it to the Operational Partner. He works with the Operational Partner.

In the context of a formal agreement in place between the Connection and its Operational Partner, Brett Burner (Lamppost Publishers), approved manuscripts are conveyed by the Editor to the Operational Partner. Cover and layout are developed by this Partner. Once the book is printed and released in e-book format, follow-up matters come under the supervision of the Operations Manager. The Partner will issue royalty checks to the author and provide regular financial reports to the Operations Manager that detail sales numbers, income, and how such relate to the initial cost of publishing, author royalties, and income to the Connetion (the pattern detailed in the contract with the Partner). As of 2016: Brett Burner and Lamppost Publishers.